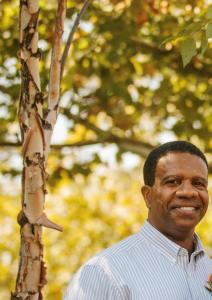 This new website on Black Powder by Glenn Wicott Is an interesting history of the development of Black Powder over time and how it has affected the world.

LONDON, ON, CANADA, January 25, 2023 /EINPresswire.com/ -- This site explains the history of Black Powder and describes that when all the ingredients were mixed in the right amount and proportions, it ignited quickly. the site teaches how after the explosion It produced gaseous and solid byproducts when ignited- with the latter generated in a higher volume, which could be seen later as whitish smoke. This article describes The initial method of manufacturing black powder using mortar and pestle to ground the ingredients to powder form. It also tells about water-driven wooden stamp mills that were later used to grind the materials, and in the 19th century, metallic crushing machines replaced the wooden stamp mills. One of the more interesting sections describes that In the 13th century, the Mongols went on a successful expansion of their Empire across Asia as a result of their use of Black Powder

The site touches on the history of the Mongols, "While spreading their empire, they also spread the secrets of gunpowder. It was thanks to the Mongol’s success that the use of black powder became known to many ancient civilizations."

The site points out that one of the most significant transmissions of black powder was to the Muslim world in the Middle East. There are three empires that leaned into the new technology and became known as the Gunpowder Empires.

A few words about the author. Glenn Wilcott the author of the site started his career as a civil engineer working on international projects. After he spent time in the military he started studying and researching black powder thirty years ago after he joined the army. He learned that black powder was the earliest explosive used in propelling charges in guns and was made from three key ingredients; potassium nitrate, sulfur, and charcoal. Glenn has gone on to write other blogs on Health and Nutrition.