NEW ORLEANS, La. (WGNO) — There’s a naughty kitty in Louisiana that became an internet sensation all over the world, for stealing his neighbor’s laundry. Well now, it seems like he may be turning from his life of crime to charity work.

The famous “Klepto Kitty” named “Admiral Galacticat who lives in Metairie has been stealing his neighbor’s clothes and laundry for months now, but it seems like he is now up to “good” instead of “no good.”

“We figured we’d use our cat’s weird cat fame to do some good for the community,” Heather Bardi said.

“They need all the help they can get. Everyone’s stuff was washed into the Gulf,” she said.

After all her cat’s mischief, she said she wanted to do something to help.

“I guess I’m just trying to up my karma, it’s the right thing to do, and this was the best opportunity we had,” Bardi said.

They are turning his funny fame into something good.

As for “Admiral Galacticat,” how are they making sure he doesn’t get his paws on the donations?

“I have them all locked up in the guest room. He doesn’t have access there,” she said. 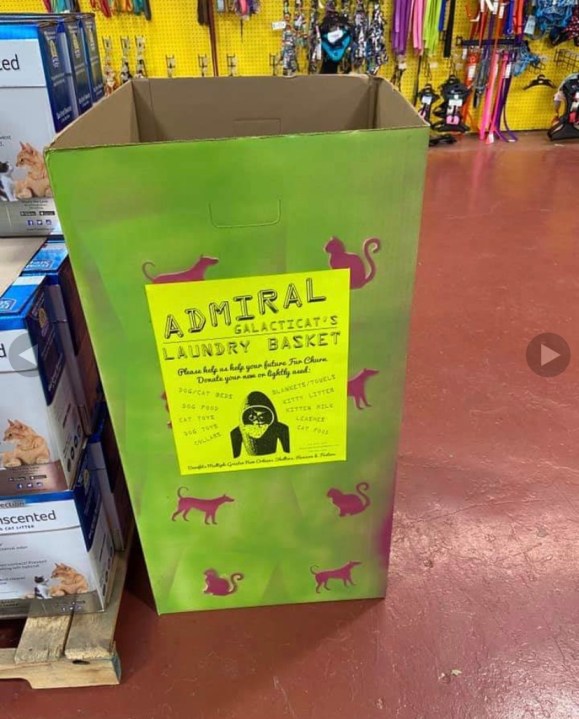 They plan on also donating pet supplies to local shelters.

How to Follow Tulane vs. Southern Miss Football on Gameday

Warren Sharp: Packers vs. Saints has a bad Money Line

LSU’s Keys to the Game vs Mississippi State

These services will only be allowed between the hours of 8 a.m. and 11 p.m.

Fake News: A look at what didn’t happen last week

A roundup of some of the most popular but completely untrue stories and visuals of the week. None of these are legit, even though they were shared widely on social media. The Associated Press checked them out. Here are the facts:

WEST MONROE, La. (KTVE/KARD) -- It's almost time to cast your ballot in the 2020 election, and while many people are focused on the presidential candidates, there are some proposed changes to the Louisiana constitution and changes in a few parishes.

While amendments to the constitution are important, they are almost impossible to understand.

Fake News: A look at what didn’t happen last week

How to Follow Tulane vs. Southern Miss Football on Gameday

US Senate candidates clash over Supreme Court nomination ahead of election

Warren Sharp: Packers vs. Saints has a bad Money Line

NASA astronaut plans to cast her ballot from space station

Police: Woman from Louisiana arrested for stabbing her husband over beer money

CDC takes back guidance, says COVID-19 is not airborne